Marrill Ltd., an engineering firm, has been fined £21,000 (inc.costs) after a worker’s lower leg was badly crushed in an unguarded machine.
The circumstances were: 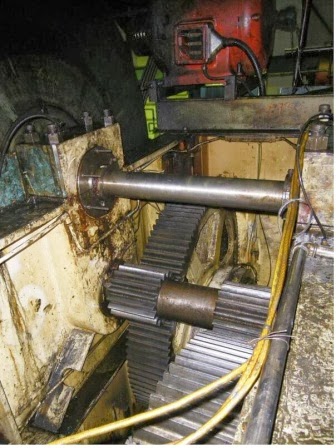 The HSE Inspector  said:
“It was the company’s responsibility to ensure that work equipment was safe and that dangerous moving parts were guarded. But for two to three years, Marrill Ltd required staff to approach the danger area around the gears, yet continuously failed to identify and address the matter of the missing guards. This neglect put people at needless risk and sadly, this led to the serious life-changing injuries suffered by the maintenance worker who has had to have the lower part of his leg amputated. Too many incidents occur during the setting up and the undertaking of maintenance tasks on machinery where often guards or other protective devices are moved or removed. They are easily avoided if suitable precautions are taken to prevent access to dangerous moving parts.”
Posted by Unknown at 16:07